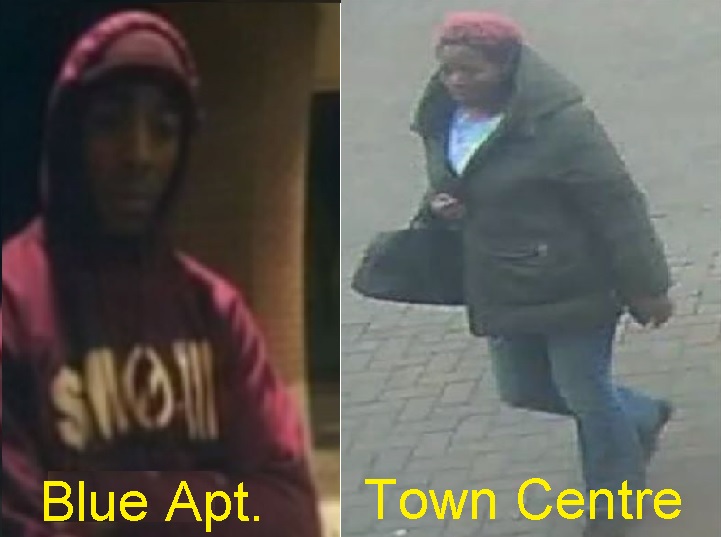 (MURFREESBORO) Two non-related crimes committed on February 12, 2020, has Murfreesboro Police asking the public for help in identifying suspects. One involved a couple being robbed while walking to their apartment. The other is the theft of $3,700 of glasses from Lens Crafters in the Stones River Town Centre.

The first occurred when a couple was walking across the parking lot at the Blue Apartments, 2707 South Rutherford Boulevard. They told police that two males wearing masks ordered them to hand over everything. The thugs left with cell phones, jewelry wallets including cash, and credit and debit cards. Later the male victim discovered that $300 was taken from his bank account.

Surveillance cameras at the apartment complex got several pictures, but the most useful is a photo of one of the suspects before he put on a mask.

If you know the male pictured, or have any information on the case, please contact Murfreesboro Police Detective Cody Thomas, 629-201-5537.

Surveillance cameras at the Stones River Town Centre also captured photos of the female suspect in the theft of approximately $3,700 worth of sunglasses from Lens Crafters.

Public Information Officer Larry Flowers says that she grabbed a shopping tray, and walked around the store, concealing the items, and left without paying.

If you recognize the woman or have information dealing with the case, please contact Detective Wes Hall at 629-201-5511.