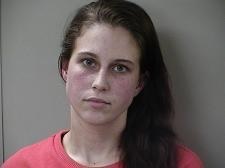 A Murfreesboro woman was arrested for having fake heroin.

Evidently, the woman was in a vehicle that was pulled over for having expired tags this past week and in the car was a bag that contained a brown substance that looked like heroin. However, it was actually some type of brown fiber powder.

According to a police report, 28 year old Kelsey Sloan told police that she was going to sell the brown fiber as if it were actually real heroin. She told police she planned to get $25 for the bag.

Syringes and cotton balls that were found in the car were seized along with the fake heroin.

Sloan was charged with the sale of an imitated controlled substance, simple possession of a schedule four drug and possession of drug paraphernalia. She is scheduled to appear in court on April 20, 2017. She is being held in the Rutherford County Adult Detention Center under a $29,000 bond.