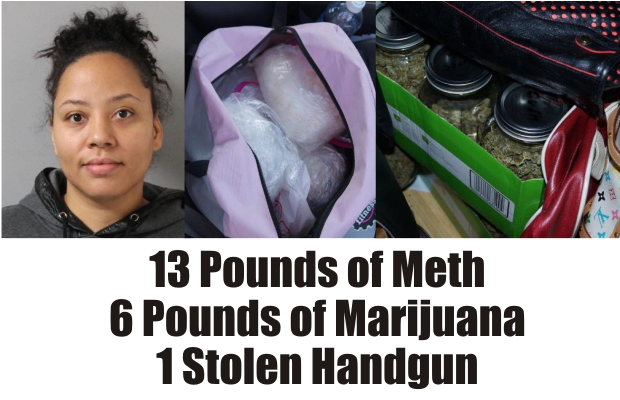 A Cadillac CTS was pulled over this past week (10/26/16) on Briley Parkway in Nashville for having an inoperative brake light which led to the seizure of six bags of crystal methamphetamine that weighed more than 13 pounds. The car was being driven by a Rutherford County woman.

Stopped was 36 year old Amber Gooden of Murfreesboro who was evidently un-receptive to questions from a Nashville Police Officer, prompting a check of the car by the officers canine partner. The K9 alerted to the presence of drug odor coming from the car. A subsequent search revealed the six bags of methamphetamine, weighing 2.2 pounds each, inside a gym bag on the rear floorboard.

Gooden is charged with possessing methamphetamine for resale. She is being held in the Metro Jail in lieu of $100,000 bond.