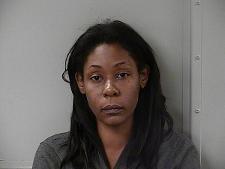 A Murfreesboro woman has been charged for the 4th time with DUI, according to an arrest report.

Tracy Michelle Elmore-Morris was pulled over by an MPD officer after allegedly making an illegal U-turn. Once stopped, the officer noted that she had blood shot eyes and an odor of intoxicant.

After Elmore-Morris failed a filed sobriety test, she was arrested and charged accordingly.

During the booking process, a police report shows that she would not consent to having her blood drawn. Therefore, a warrant for her blood to be drawn and tested for alcohol content was obtained.

The 43 year old woman will face the Rutherford County Courts in December where she will stand before the judge with a single charge of DUI number 4.