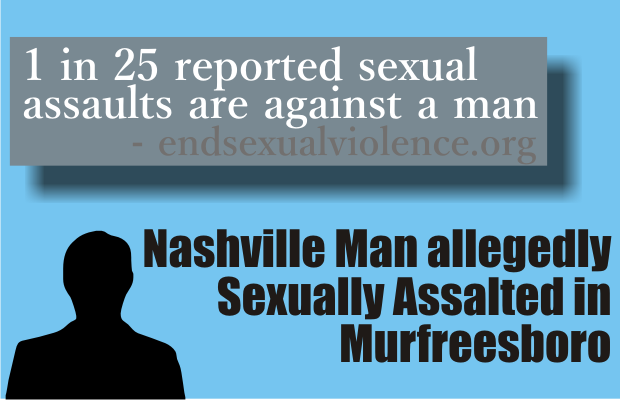 The sexual assault of a man is now in the hands of police to investigate in Murfreesboro.

The 24 year old victim from Nashville told police that an unknown man approached him in Davidson County and offered him food. After eating, the male victim told officers he did not remember anything until he woke up in the suspects hotel room located in Murfreesboro. The victim awoke and found that the suspect had his hands down his pants (the pants of the victim).

Officers reviewed video tape footage at the hotel on Old Fort Parkway and confirmed the two entered the hotel room together. The case is under investigation and Murfreesboro Police have the name and driver's license number of the suspect. Charges have not yet been filed.