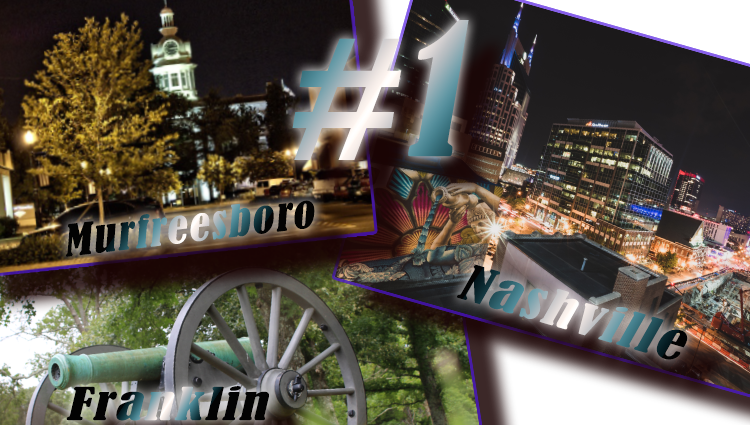 The Nashville/Murfreesboro/ Franklin area is ranked number 1 in the nation for metro locations. Metropolitan areas have 50,000 or more residents.

Nearby Manchester did well in the same recent survey. Manchester/Tullahoma area ranks 4th in the state and 51st in the nation in micropolitan areas when it comes to economic strength. Micropolitan means that the area must have an urbanized area of at least 10,000 population but less than 50,000 population.

The statistics were announced by POLICOM, an independent economics research firm that ranks metropolitan and micropolitan locations annually.

Sevierville ranked number 1 in Micro areas in the state.