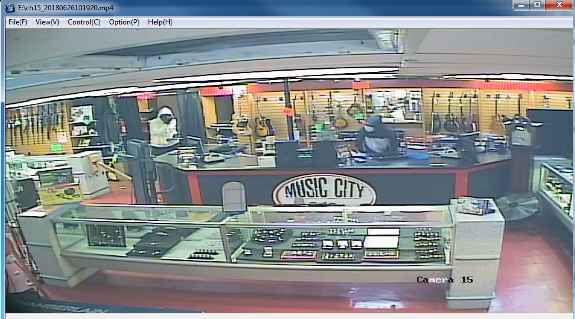 DO YOU HAVE CLUES FOR POLICE?

Nashville Metro Police detectives are working to identify three masked men, one armed with a handgun, who on Tuesday (6/26/18) morning robbed the Music City Pawn at 2638 Nolensville Pike.

The suspects entered the business at 10:30 a.m. and ordered two employees to the ground. They took at least ten guns including handguns and three rifles. They fled in a newer model white U-Haul GMC 15-passenger van.

The suspects are three black men who appear to be in their late teens or early 20s. Anyone with information about this robbery or who recognizes the suspects from the attached surveillance photos is asked to call Crime Stoppers at 615-742-7463. Callers to Crime Stoppers can remain anonymous and qualify for a cash reward.