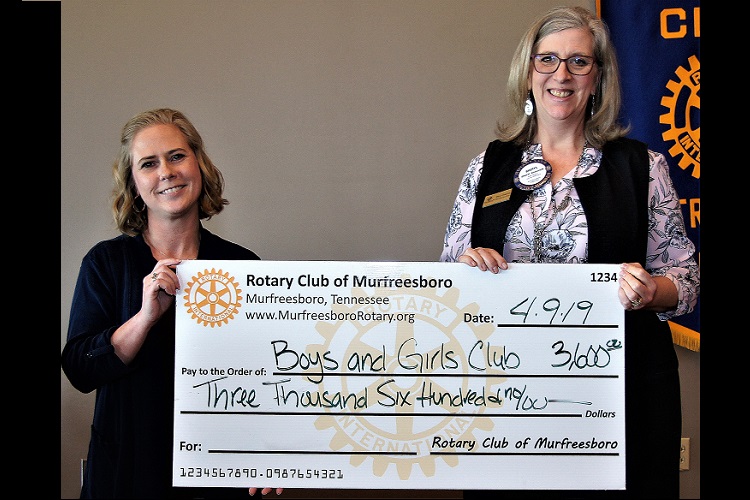 The Murfreesboro Rotary Club will soon celebrate its 100th anniversary, and on Tuesday (4/9/2019) this active group presented a $3,600 grant to the Boys and Girls Club.

Club President Melissa Cassidy explained that the main focuses of the local group is to encourage area youth to improve their skills and abilities.

As a part of that effort, Murfreesboro Rotary heard about H3ARC's work to help the homeless in Rutherford County.

H3ARC is building a system to provide guidance, resources, and referrals for members. As an umbrella organization, H3ARC has an opportunity to enhance provider collaboration and reduce duplication of services.

Kraus stressed, "There are around 1,300 homeless children here. They attend our local schools. However, the thing that concerns me the most is the dramatic increase in women, age 50-65, who have become homeless in recent years."

Although Kraus does not officially take the position of executive director of H3ARC until September, his passion to help already has him making the new organization known. In an earlier WGNS broadcast, he explained . . .

The Murfreesboro Rotary Club celebrates its 100th anniversary in October, and meets at noon every Tuesday at the Stones River Country Club.