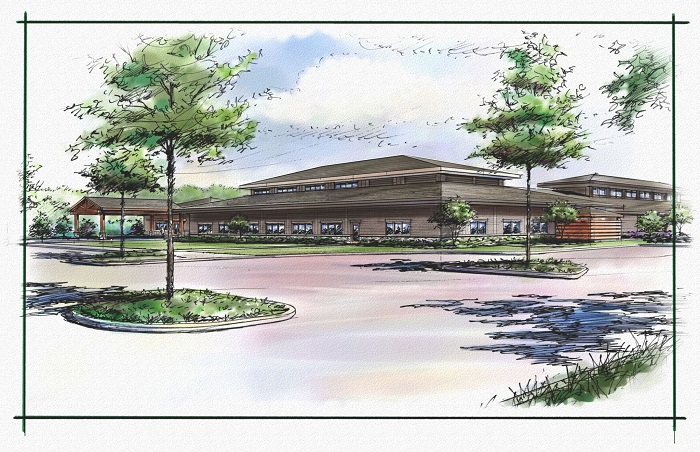 Bluebird in the Boro, a fundraiser for the soon to open Alive Hospice facility next to Murfreesboro Medical Clinic, was a success. The musical event took place the last couple of nights at the Mayday Brewery coming to a close on Wednesday (3/8/17 below: NATsound music)...

The new facility in Murfreesboro will be able to open nearly debt free, thanks to the generous and giving Rutherford County community.

The first patient will be admitted at the beginning of June (2017).

Additional Details on Alive Hospice and Bluebird in the Boro:

The classic Bluebird Cafe experience came to Murfreesboro this week to raise money for a community cause: local nonprofit Alive Hospice. Three packed shows at Mayday Brewery featured Darryl Worley, Eric Paslay and songwriters behind hits by Jason Aldean, Jake Owen, Tim McGraw and others. This was the event's biggest year with nearly 500 people in attendance.

The series ended on a high note Wednesday night with Murfreesboro's own Tim James and Dan Couch as well as Rivers Rutherford and Danny Myrick. More than a dozen songwriters joined in to raise funding for Alive Hospice through the three-night series including Dylan Altman, Marla Cannon-Goodman, Matt Warren, Doug Johnson, Nick Sturms and Grass Roots Revival.

Proceeds raised at Bluebird In The Boro are helping to build The Residence at Alive Hospice Murfreesboro, a new facility that will open this summer. When completed, it will expand Alive Hospice's services by adding a greatly-needed layer of care for Rutherford and surrounding counties. Alive Hospice has provided home-based hospice care in this area for many years, and The Residence at Alive Hospice Murfreesboro will bring a dedicated hospice care facility to the region with expanded grief support and community education about the end of life. For more information, visit AliveHospice.org/murfreesboro.