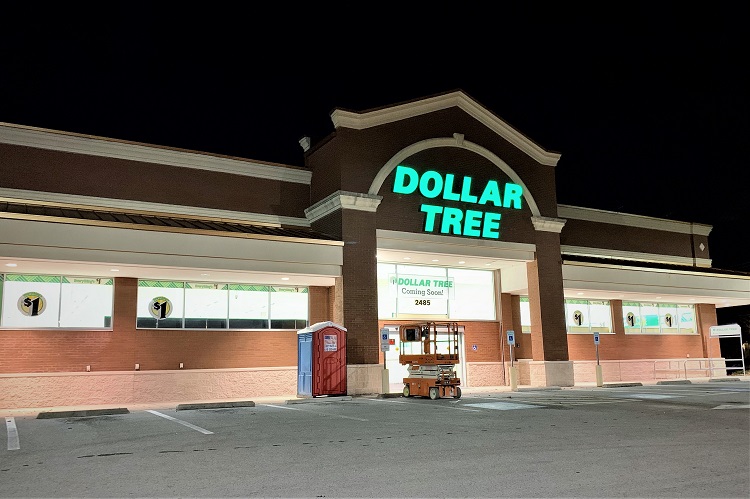 Murfreesboro is about to get its fourth Dollar Tree. In fact, the firm is posting that jobs are available now, while the staff installs merchandise in the former Rite Aide location at 2485 Memorial Boulevard at Haynes Drive.

Dollar Tree, the Chesapeake, Va.-based chain of extreme discount stores that sell items for $1 or less, is about to open its fourth Murfreesboro location. It's a Fortune 200 company that operates more than 15,000 stores throughout the United States and Canada,

Dollar Tree is moving into the former Rite Aid stand-alone building, a pattern they have been doing since Walgreens purchased 1,932 Rite Aid stores in 2017 and announced plans to close some 600 of them.

This new store will be larger than the typical Dollar Tree, that are usually in the 8,000 to 10,000 square feet size. The new Memorial Boulevard location is 13,841 square feet. It will now join the fast-growing chain with the distinctive green signs and deep discounts on housewares, snacks, toys, books and various other items.

In addition to the new Dollar Tree location at 2485 Memorial Boulevard, across from SportsCom and State Farm, the discounter has locations at 1224 NW Broad Street next to Big Lots, 2854 S. Rutherford Boulevard, and 1985 Old Fort Parkway near Outback Steakhouse.