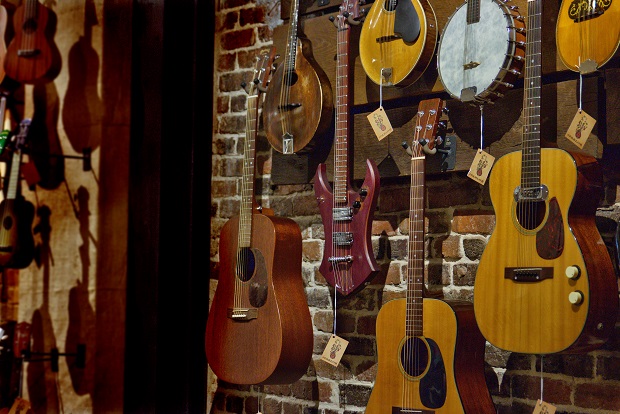 Uncle Dave Macon got his start entertaining children and families along his freight-hauling routes between Woodbury and Murfreesboro. A new day camp is designed to inspire local children through the Grand Ole Opry star’s legacy, passion and love of showmanship.

Expanding the reach of the Uncle Dave Macon Days mission led to the Macon Music Education, an organization that focuses on educating children about traditional American musical roots through performances, curriculum, and instruction by experts in old-time music and dance.

“I really wanted to see a bridge from the festival to the children. They are our future, but I wanted them to share in the heritage of traditional and old-time music,” says Gloria Christy, president of Uncle Dave Macon Days and creator of Macon Music Education.

Macon Music Education initiated a program celebrating six decades of music through band performances, dance and history, which it took to the elementary school students at Bradley Academy.

“Once we saw how the kids took to it, and saw that it was a success, we knew we had to create a bridge from Macon Music back to the festival,” Christy says. “I know Uncle Dave Macon would just be thrilled to see what we are doing. Some of his first performances were fundraisers for schools and churches.”

The new director of the Macon Music program, Dena Oneal, was a long-time festival volunteer with a love of music. With her background as a licensed educator, both as a speech pathologist and reading intervention specialist, she was a perfect fit for the job.

“With Gloria’s passion for the festival and my background and contacts, we had a great foundation for forming an educational outreach,” says Oneal. “We want to bring the children a deeper understanding of how what happened then impacts the now, culturally, musically and historically.”

The inaugural Macon Music Day Camp will be held the week prior to the festival, culminating on Friday, the first day of Uncle Dave Macon Days. Approximately 40 elementary school children grades K through 6th will learn to clog, write songs, identify banjo styles and attend the demonstrations and activities for children at the festival.

“We hope the children get a sense of connection between what happened so long ago in their minds and its impact today, of how the old-time styles laid the groundwork for what they enjoy now,” Oneal says.

Celebrating the legacy of an early Grand Ole Opry star, the annual Uncle Dave Macon Days is the congressionally sanctioned national championships of clogging, buckdancing and old-time banjo. The three-day festival features old-time, folk and bluegrass music and dance, as well as arts and crafts, demonstrations, jam sessions, shape-note singing, children’s activities, and a motorless parade. Uncle Dave Macon Days has been named a Top 20 event by the Southeastern Tourism Society, a Top 100 event in North America by the American Tour Bus Association, and was an integral part in earning Murfreesboro/Rutherford County the National Center of Traditional American Music. For more information, please visit the website at www.UncleDaveMaconDays.com.