New Play at the Arts Center of Cannon County 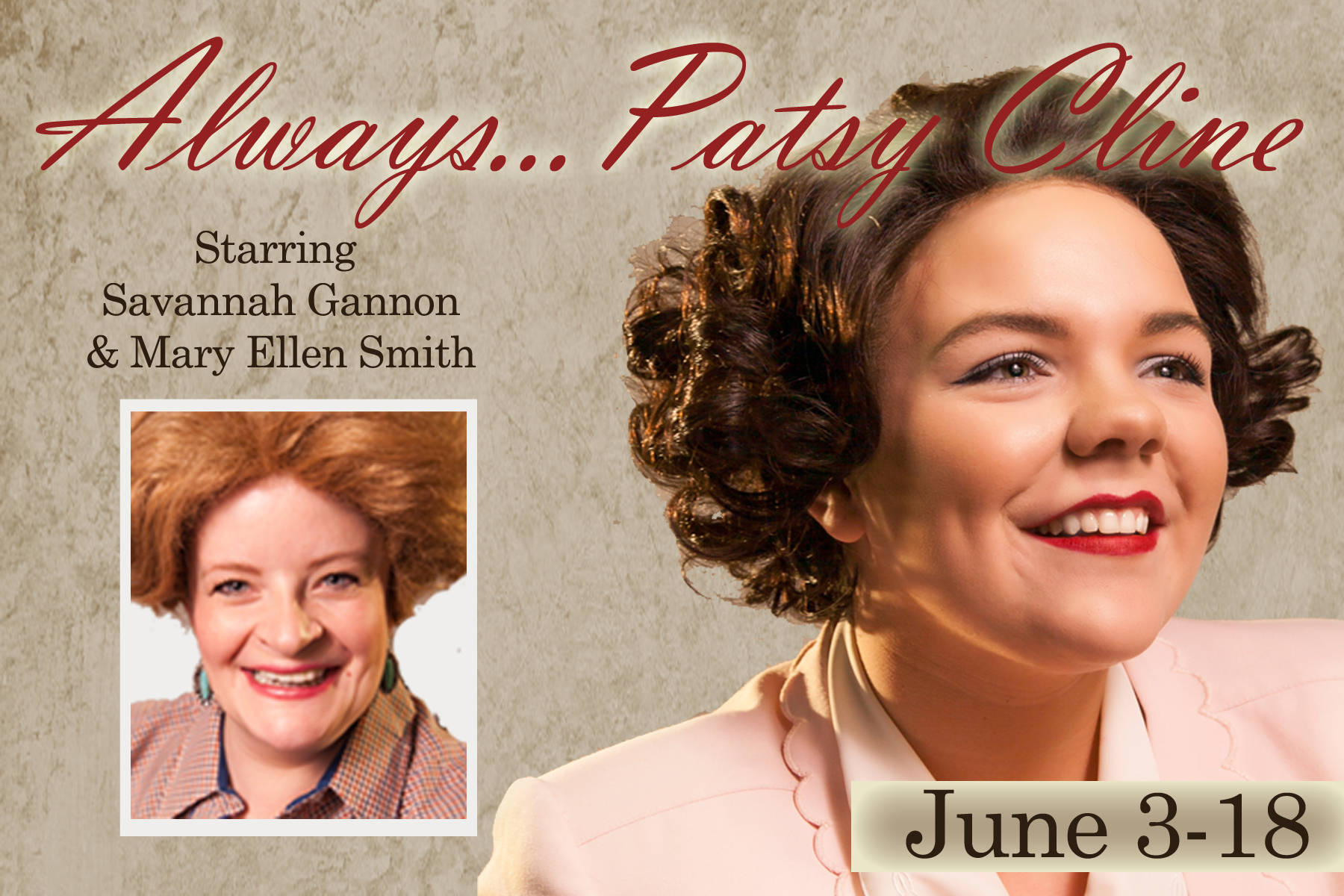 Always Patsy Cline is more than a tribute to the legendary country singer who died tragically at age 30 in a plane crash in 1963. The show at the Arts Center of Cannon County is based on a true story about Cline's friendship with a fan from Houston named Louise Seger.

One day a voice from the television screen spoke to her. Louise Seger was hooked. Making a special trip to a honky-tonk bar in Houston, Texas, Louise met her idol, Patsy Cline. Here was a woman that gave her soul a voice. Over a pot of strong coffee, a friendship began that would last until Patsy's untimely death. Through letters and visits, the two share the homespun stories of laughter and heartache that brought together a housewife and a legendary country singer.

Directed by Matt Smith, this production features Savannah Gannon as Patsy Cline and Mary Ellen Smith as Louise Seger. Tickets are $15 with discounts available for students and seniors and can be purchased by calling (615) 563-2787 Tuesday through Saturday 10AM-4PM or online at artscenterofcc.com and (subject to availability) at the door one hour prior to show time. Always Patsy Cline is rated PG.

The Arts Center is located on 1424 John Bragg Highway, just west of the town of Woodbury, approximately 20 minutes from Murfreesboro, Manchester, and McMinnville and one hour southeast of Nashville. Office hours are 10:00a.m. to 4:00p.m., Tuesday through Saturday. For more information call 615-563-(ARTS) 2787. Check out our web site at www.artscenterofcc.com.