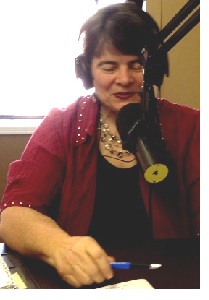 Dr. Linda Gilbert, Director of Murfreesboro City Schools, has announced the appointment of key individuals for the upcoming school year.

Crystal Farris has been appointed Assistant Principal at Erma Siegel Elementary. Farris most recently served as the Coordinator of Federal Projects for Murfreesboro City Schools. Before joining MCS in 2006, Farris served as principal in Humboldt Schools. Farris has fifteen years of experience in education including classroom, extended school programming and administration. Farris holds her Ed.S in Education Leadership from Union University in Jackson, TN and received her Masters in Education Leadership from Trevecca Nazarene College.

Dr. Christy Robinson has been named Assistant Principal of Discovery School at Bellwood. Robinson has over 23 years in classroom experience at Black Fox Elementary. Robinson received her Doctorate in Administration and Supervision from Tennessee State University. Robinson received her Ed.S and Masters in Administration and Supervision from Middle Tennessee State University. Robinson is a native of Murfreesboro.

Tiffany Strevel has been named Assistant Principal at Mitchell-Neilson. Strevel has 11 years of classroom experience and has taught at Scales and Overall Creek Elementary as well as at Beaumont Elementary in Knoxville. She received her Bachelors Degree from Tennessee Technological University and her Masters from Lipscomb Unviersity. Strevel is a District LETRS training team member and has completed training in gifted.