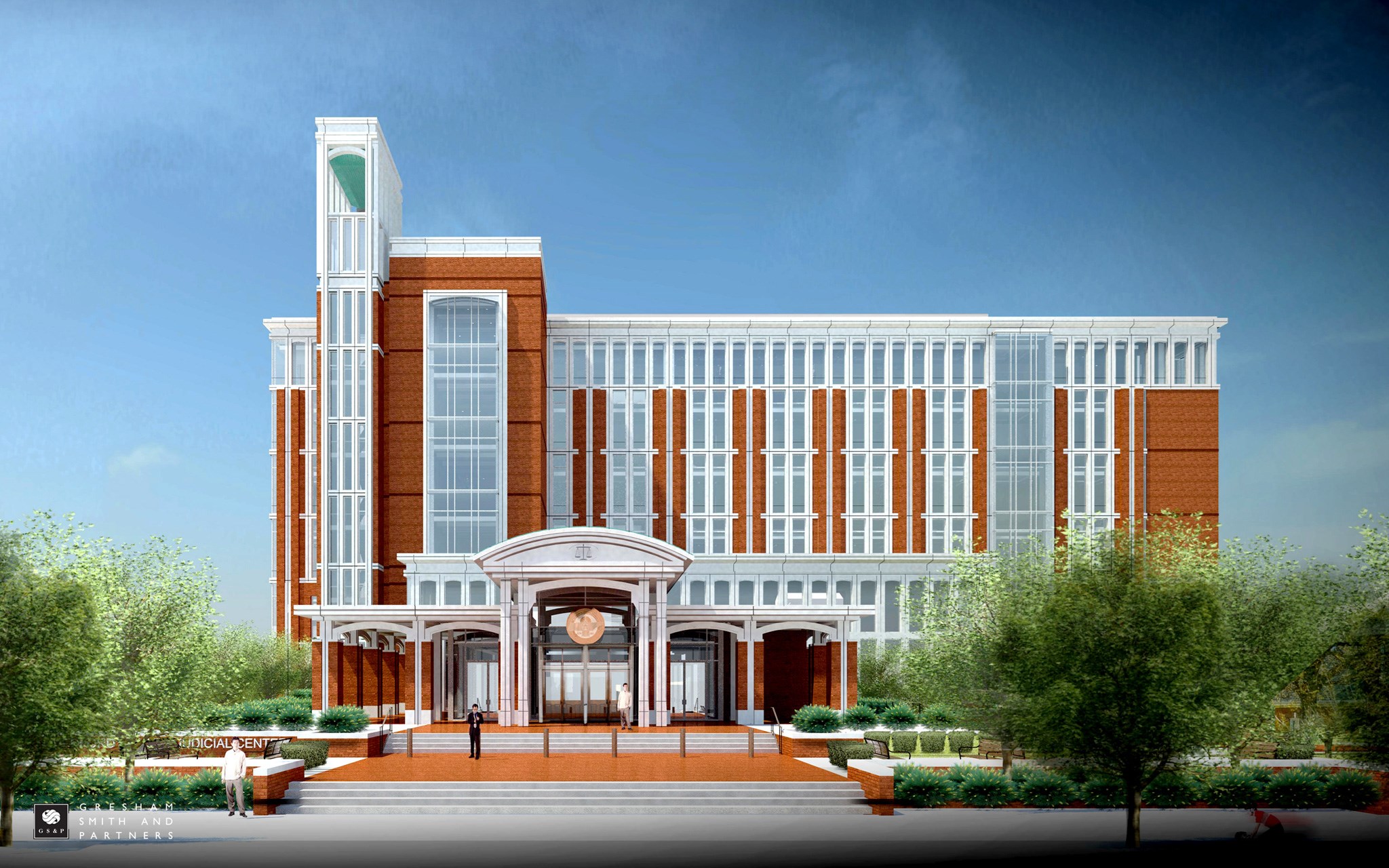 The brand new Rutherford County Judicial Building will soon be where daily court cases are held.

The new building is 215,000 square feet in size. Once complete it will hold 16 separate courtrooms, but in the beginning, all 16 will not be utilized. Reports indicate that 16 could be used in the future as our county continues to grow.

The new building also keeps the general public completely separate from inmates who enter the building through a secure parking garage designed to allow police cars to enter and then close a garage door behind them. Judges will also be able to walk separate hallways to each courtroom away from people who may have been convicted in their courts in the past.

Steve Johnson with Gresham Smith and Partners was told in the beginning that security was a top concern for the new building. His expertise in the design is well stated as the building nears completion.