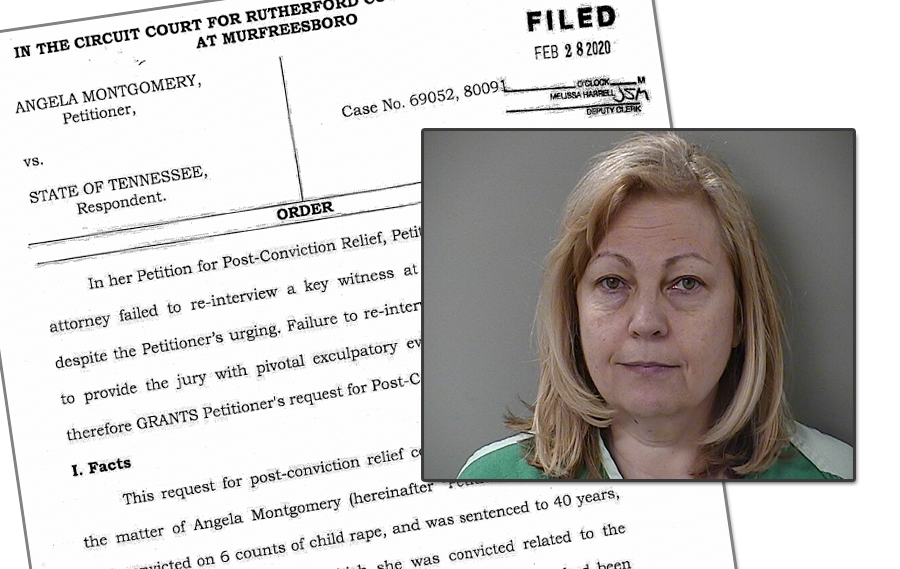 There has been a turn of events for a woman convicted on charges that included the rape of her son in Rutherford County between 1999 and 2003.

Angela Montgomery who reportedly moved away from the Murfreesboro area several years after the accusations arose, was arrested in Portland, Oregon in 2012.

In 2015, Montgomery was found guilty on six counts of child rape in Rutherford County. At the time of the crime, the main child who would have been the victim - would have been between the ages 9 and 13. During the court case in 2015, the now adult victim told the courts the abuse also happened to his sister and brother.

Now, several years after the conviction, Montgomery alleges that her attorney failed to re-interview a key witness at an appropriate time. The Circuit Court for Rutherford County heard the appeal and filed on February 28, 2020 that Montgomery's request for post-conviction relief is officially granted.

During a previous post-conviction relief hearing, one of her children testified that his brother had fabricated allegation's against their mother allegedly at the father's demand. The sibling claimed that his father had coached him. The father's sister also suggested that her brother admitted to her in private that he invented the allegation's, according to court documents released this month.

The courts have now ordered that the judgement filed on May 6, 2015 be vacated and a new trial is granted. The document was then signed by Judge Royce Taylor in Rutherford County Circuit Court.