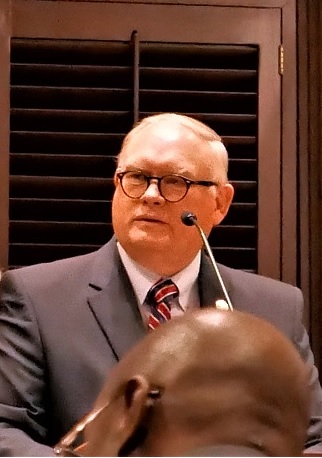 (MURFREESBORO) At Thursday night's Rutherford County Commission meeting, a resolution was passed unanimously (21-0) that makes this a "Second Amendment Sanctuary".

Commissioner Petus Read sponsored the bill, which has no legal standing and is only symbolic. A petition signed by nearly 1-thousand persons was presented to the elected official.

Then Murfreesboro resident and attorney Ramona Desalvo came forward and started with some surprising comments . . .

She pointed out that a "resolution is not a law, it is an expression of this body that represents the citizens of Rutherford County."

At that point County Mayor Bill Ketron called for the vote . . .

Again, the resolution to make Rutherford "Second Amendment Sanctuary County" passed unanimously Thursday night (2/13/2020) by a vote of 21 to 0.