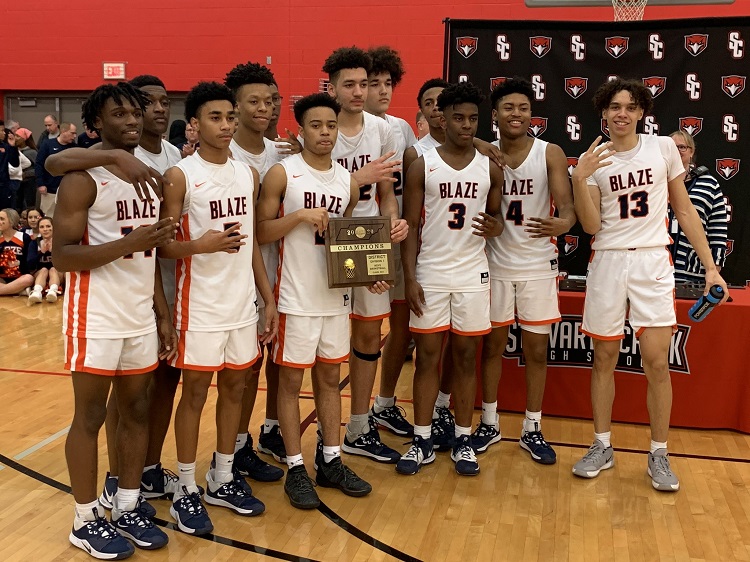 After winning the regular season title, the Blackman boys take the tournament crown:

Ray Tyler scored 17 points, including four three-pointers for the Blaze in the win. He was named the tournament MVP. Jalen Page, who also made the all tournament team, added 11 in the win. Siegel was led in scoring by Matthew Schneider who had 15. Jaylan Wetzel and Martise Jackson both added 13 in the loss. Schneider and Wetzel were all tournament selections for the Stars. Riverdale's C.J. Johnson and Oakland's DeDe Anderson also made the team.

Oakland downed Riverdale 64-49 in the consolation game to claim third place in the tournament.

The region tournament for boys is now set. Siegel will host Lincoln County on Saturday night. WGNS will have the game on-air. Coffee County travels to Blackman. Oakland goes to Columbia while Riverdale travels to Tullahoma. All games begin at 7pm.

Friday night in girl's region action, Blackman travels to Coffee County, which will be on WGNS. Stewarts Creek goes to Tullahoma, Lawrence County is at Riverdale and Oakland hosts Franklin Co. All games begin at 7pm.