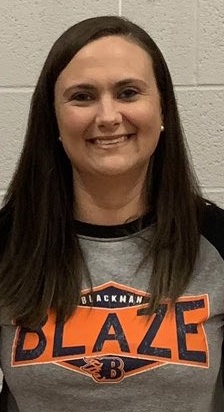 The former Lawrence County coach led the Lady Blaze the last two seasons to a berth in the Sectionals. This year's squad went through the District 7-AAA season undefeated.

"It was a difficult decision for sure," Scott said. "The last two years we've brought the program back and it's in great shape with another really good team coming back. I feel really good where the program is at."

Scott said juggling raising a family and coaching proved to be too difficult.

"I've got three kids and I thought the situation at Blackman was one where I was able to balance both, but it was always a struggle," she said. "I put a lot of energy in both, but at times I couldn't feel good with what I was doing either way. I've got a daughter who is going to be a freshman next year and I thought I always wanted to coach her, but I think it would be difficult for us both, and I just want to enjoy her four years and I don't think I can do it coaching."

Scott said she wouldn't be returning to Blackman next academic year.

"We're going to move back to Lawrence County," she said. "It's been a difficult transition for the kids. I'm not sure what I'm going to do, but it won't be coaching."