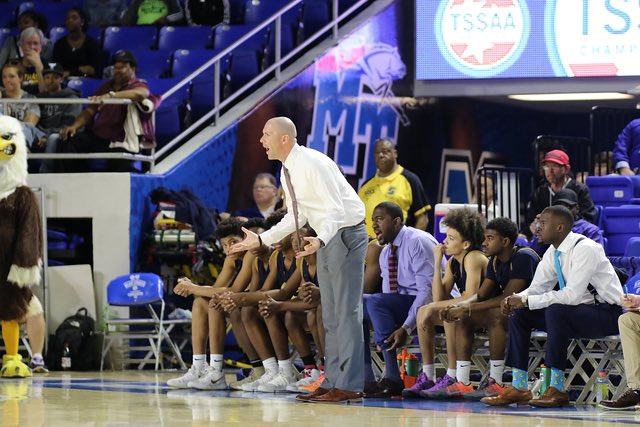 The Blackman Lady Blaze have a new head basketball coach. John Stigall has been tapped by Principal Leisa Justus to lead the program after Wendi Scott resigned last month.

Stigall was the boys coach at Nolensville this past year. Prior to that, he spent three years at Clarksville Northeast - a team he led to the state's final four. This will be his first girls head coaching experience in his nearly two-decades of coaching.

Coach Stigall has been a head coach for 17 years. During this time, he has accumulated 292 wins, including eight seasons of 20 or more wins. He was named the 2018 BCAT AAA State Coach of the Year. Throughout his career, his teams have achieved the following accomplishments: state tournament appearance, state final four appearance, four district championships, two region championships and three sectional appearances. Coach Stigall has also been the recipient of multiple district and media coach of the year awards.

Dr. Justus said "Coach Stigall stood out among excellent applicants, especially in his desire to come to Blackman to build not just a team, but a total program. He is a self-proclaimed basketball junkie, who has a deep knowledge of the game and is a student of the game and a student of coaching. In 17 years, Coach Stigall has shown growth both as a coach and as a person. In conversation, Coach Stigall was clear and consistent about his love for the game, desire to move players to the highest level, and understanding of the role of a transformational coach. Coach Stigall embraces the Inside Out Coaching Initiative, the tenants of which were genuinely woven throughout his conversations with Mr. Lawless and myself. His coaching purpose was articulated and fits with the vision, mission, and beliefs of the athletic department at BHS: "I coach to help players become people of integrity and character who will be great leaders and change the world for good."

Athletic Director and Assistant Principal Scott Lawless said "We are excited to welcome Coach Stigall as our new coach. I am very confident he will continue a high level of success for our girls basketball program while helping our young ladies maximize their potential."

He will have a veteran Lady Blaze basketball team, which reached the sectional this year before falling to Stone Memorial in a heartbreaking 58-55 overtime loss.