NSF's "Macbeth" In Boro Thu-Sat ONLY! 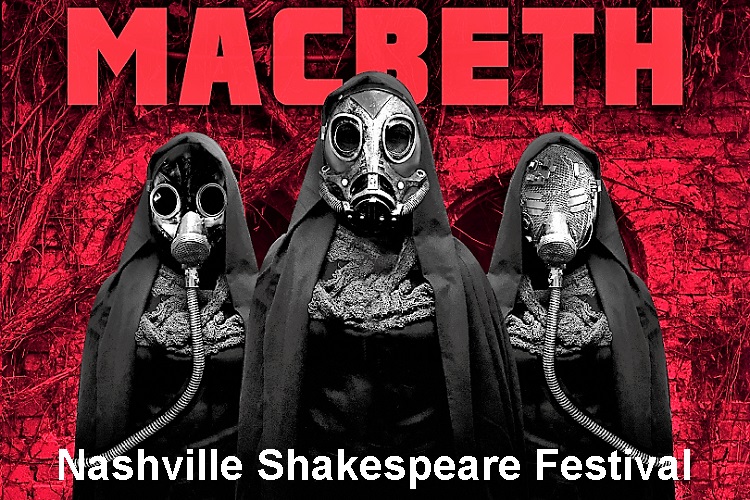 (MURFREESBORO) The Nashville Shakespeare Festival's Winter Shakespeare production is MACBETH will be in Murfreesboro at MTSU's Tucker Theatre for only three performances (this coming Thursday, Friday and Saturday).

It is one of the Bard's darkest and most famous tragedies. Set in an unforgiving, post-apocalyptic world, the warrior Macbeth, spurred on by a supernatural prophecy and his power-hungry wife, is driven to murder and ultimate madness in his unrelenting quest to gain and keep the throne.

David Wilkerson, a long-time NSF collaborator, local actor/director/fight choreographer, who teaches in the MTSU Theatre Department, and edited the text, also directs the play. "This Macbeth is an exploration of those moments that tempt us to deny the humanity in others, thus throwing away a piece of our own," says Wilkerson. "In this defiled world, our choices can ease the corruption and the power of the creatures that feed on it, or our actions can add to it."

Performances at Belmont's Troutt Theater (2112 Belmont Blvd, Nashville) are Jan 9 - Jan 26, Thursdays - Saturdays at 7:30 pm, and Sundays at 2:30pm. At Franklin's Academy Park Performing Arts Center (112 Everbright Ave, Franklin) shows are Jan 30-Feb 2, and at MTSU's Tucker Theatre (615 Champion Way, Murfreesboro) performances are Feb 6-8, Thursday - Saturday at 7:30pm. Tickets are $30 in advance / $33 at the door. Purchase $100 VIP Royal Packages (which include reserved parking, prime seating, and other perks) at nashvilleshakes.org or at ticketsnashville.com.