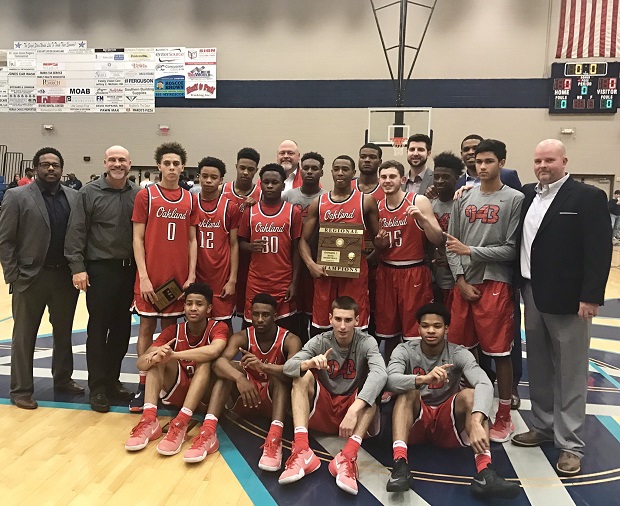 It's been seven years since the Oakland Patriots have taken the Region 4AAA title. They did it Thursday with a 51-39 win over Blackman. It was the Blaze first loss in two seasons to a district opponent.

Early turnovers by Blackman allowed Oakland to lead from start to finish in the game. The Patriots' Tre Jones had 22 points, just a game following a 21 point performance in the semifinals. Trent Gibson led the Blaze with 15 points.

NewsRadio WGNS' Bryan Barrett will travel to Chattanooga for the Blackman game while Jon Dinkins will be at Oakland for their game. Coverage begins Monday at 5:50 on State Farm Prep Basketball.

Also, on Saturday, girls sectional coverage right after the FAU men at Middle Tennessee. Bryan and Jon will be at Riverdale as they host Cumberland County. They'll have score updates and live cut-ins from the Stewarts Creek at Bradley Central game beginning at 7pm.