Oakland Dominating in 43-0 Win over Cookeville 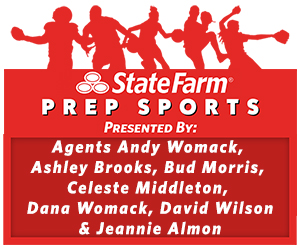 Oakland got their second shutout in as many weeks with a 43-0 win over Cookeville Friday night. The Patriots have outscored opponents 107-6 in the postseason's three games so far.

They scored on their opening possession on a pass from quarterback Brevin Linnell to Jeron Rooks. Rooks scored three touchdowns in the game, rushing for 79-yards on 11 carries.

With 9:16 left in the second quarter and threatening again - the Patriots turn a goal line fumble into points:

A safety just two minutes later set up this score on a kickoff from the Cavaliers:

The kickoff return went 60-yards for the touchdown. A running clock in the second half didn't allow for much scoring, but Oakland's B.J. Connard found the endzone on a 27-yard run for the final margin of 43-0.

With the win, Oakland improves to 13-0 and will travel to 12-1 Maryville. The Patriots handed the Rebels their only defeat of the season August 25th by a 17-14 final.