Oakland's mantra this season was to win the last game. They did that blanking Whitehaven 37-0 in the Blue Cross Bowl:

Bryan Barrett with the call on State Farm Prep Football from NewsRadio WGNS.

The Patriot defense has been spectacular in the playoff run this year. They outscored opponents 75-0 the last two weeks and only allowed perennial state powers Maryville and Whitehaven one snap across the 50-yard line. Tekoy Randolph and Justin Jefferson forced two Tiger fumbles and Quinton Bucziyski had an interception for the Patriots.

Offensively, Oakland's backfield of Xavier Myers, Justin Jefferson and Mookie Wilson combined for over 200-yards rushing and all scored touchdowns in the game. Myers, who had 107-yards rushing was named the game's MVP. Plus, Mr. Football Kicker of the Year Garrett Taylor was three-for-three on field goals and all eight kickoffs were touchbacks.

Oakland didn't just win their last game, they did so convincingly:

Check out stats, players of the game, replays and more here. 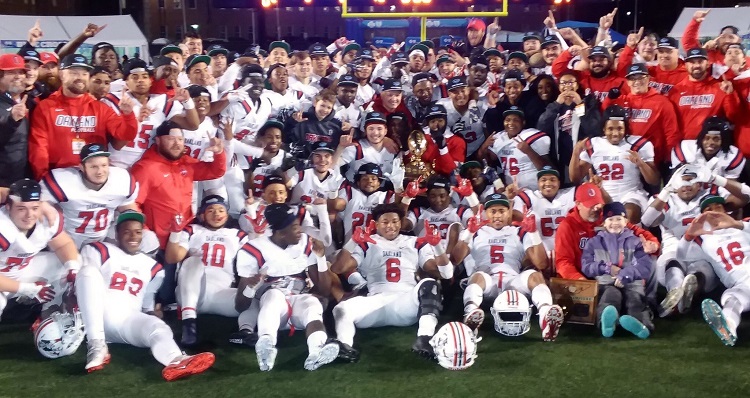 OAKLAND FOOTBALL
The Patriots win their fourth state title and end the 2018 season with a record of 14-1.