Oakland Middle Boys Go Back to Back 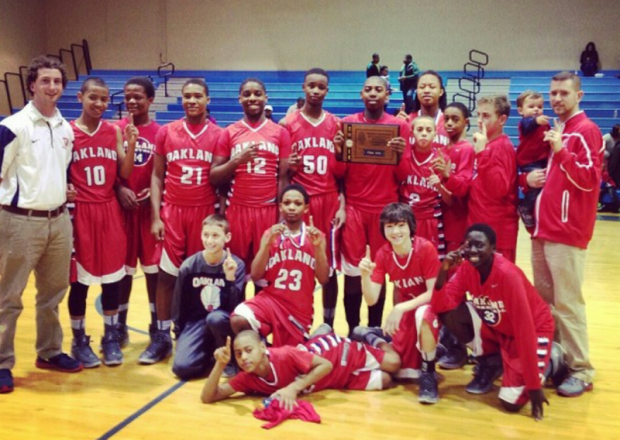 The Oakland Middle Chargers claimed their second sectional championship in as many years, defeating Columbia Whitthorne 47-29. Brandon Thomas was the leading scorer for Oakland with 14 points. Marcus Hardy, Dre Litaker and Keishawn Davidson chipped in eight. Karrem Aaron joined Hardy, Litaker and Hardy on the all tournament team.