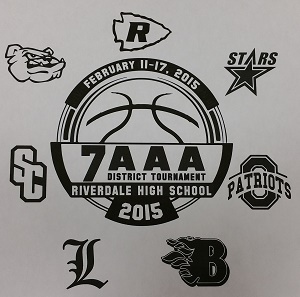 The Patriots took advantage of a poor shooting first half by La Vergne to hold on to a 53-40 win Thursday night. Ricky Dunnaway led Oakland with 11. Cooper Baughn and Tre Jones each had 10. The Wolverines were led by Marquis Davis' 18 points.

Siegel defeated Riverdale 59-47 to move on. The Stars hit 20-of-29 free throws for the game for 68-percent. Deante Miller had 16 points, Braxton Eddings 13 and Brian Normand 11. Sydney Bell led Riverdale with 14 points.