Oakland girls basketball player Shelby Gibson and Jordan Pelleaux from the Stewarts Creek boys are the most recent winners of the of the DIRECTV by EnterSource, NewsRadio WGNS, Murfreesboro Post MVP of the Week Awards. Here are the winners from the week of February 8th (the last week of the regular season)

AWARDS FOR WEEK OF FEBRUARY 8TH 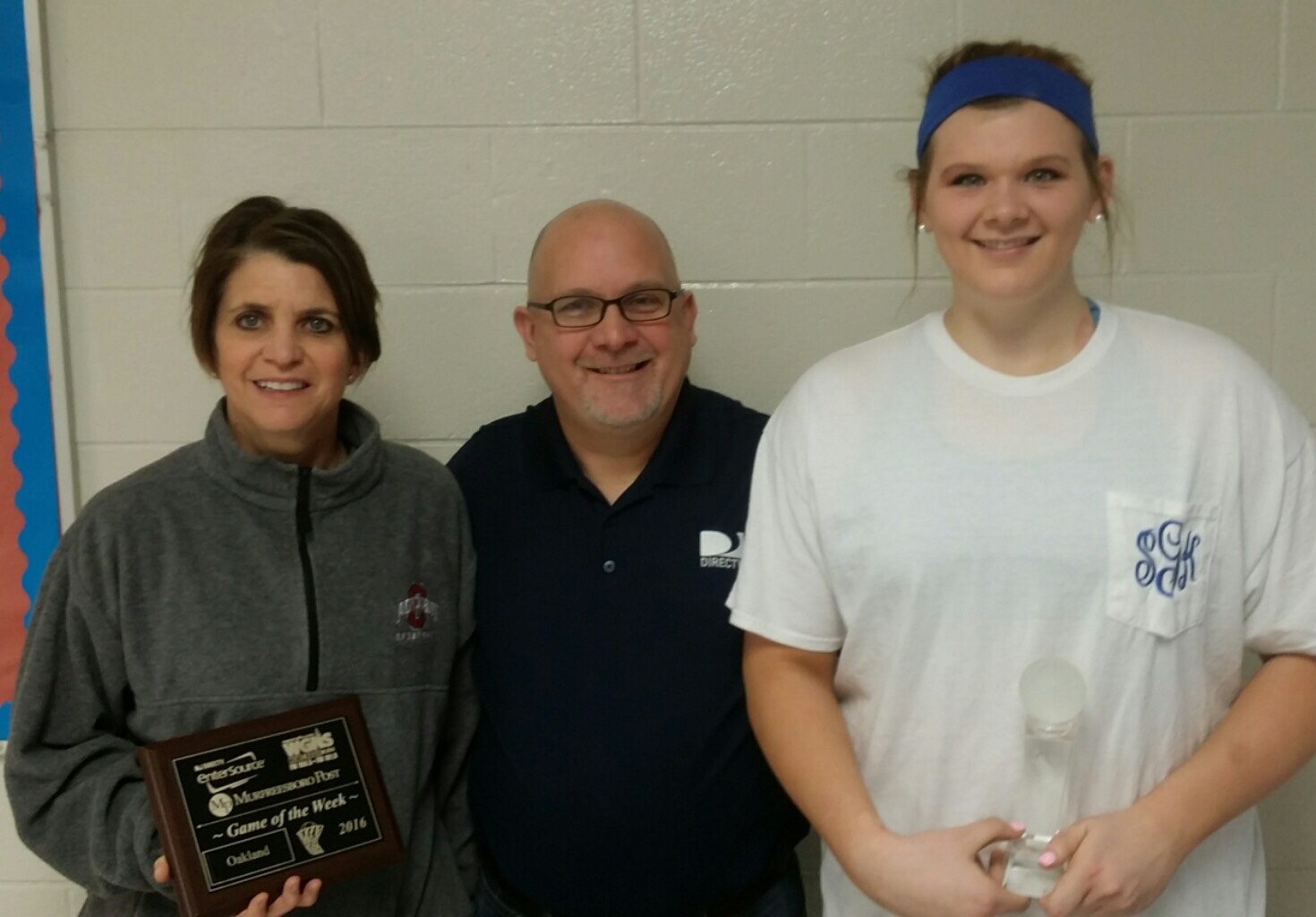 Shelby Gibson for Oakland girls had 14 points and 8 rebounds in the Lady Patriots' 44-39 win over Stewarts Creek. 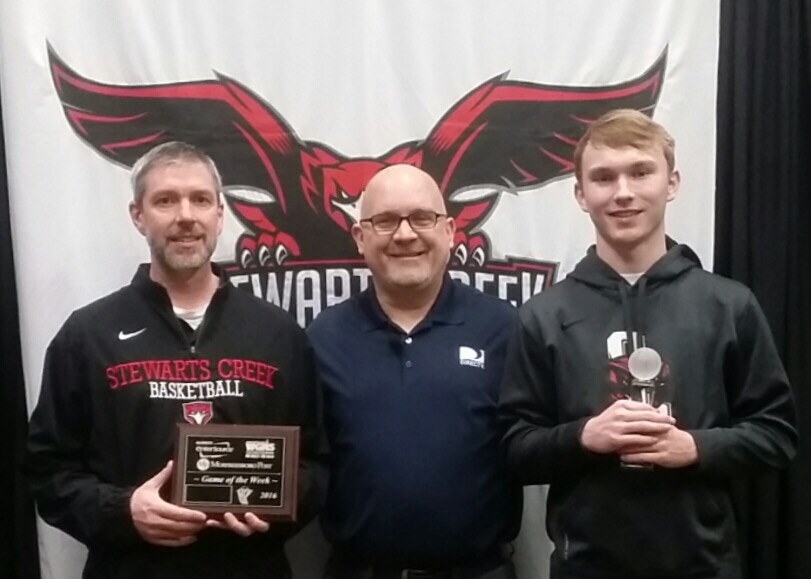 Jonathan Pelleaux had 21 points in the 57-52 overtime win over Oakland, including the shot that sent the game into OT.