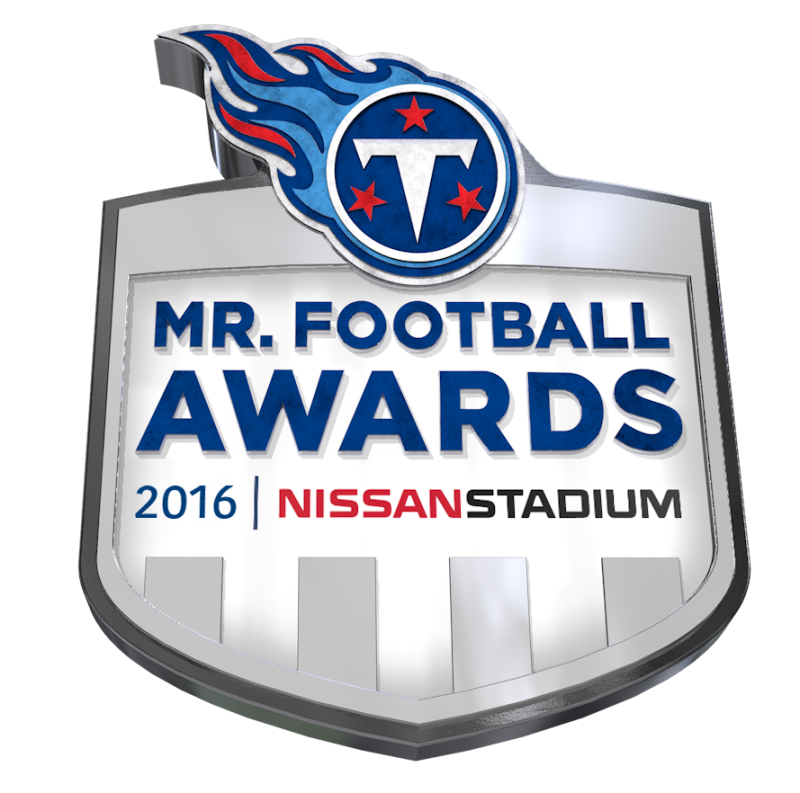 Oakland's JaCoby Stevens and Siegel kicker Jacob Smith were named 2016 Tennessee Titans Mr. Football winners Monday. More than 400 people, including the honorees, their families, coaches, school administrators and members of the media from all parts of the state, attended the 2016 luncheon at Nissan Stadium.

High school head coaches and members of the media nominated the finalists. A committee of statewide sports writers selected winners based on performance in the 2016 regular season. Academics and character were also taken into consideration.

Stevens, a commitment to LSU, was named the Class 6A Back. He has over 60 tackles this season, nine interceptions and 12 touchdowns on nearly 670 yards receiving. His Oakland Patriots will return to the Blue Cross Bowl for the first time since 2008 to compete for a state championship this Saturday.

Smith was named the Mr. Football Kicker of the Year. He made 12 field goals this year, including one from 55-yards and also was a perfect 19-of-19 on extra points.