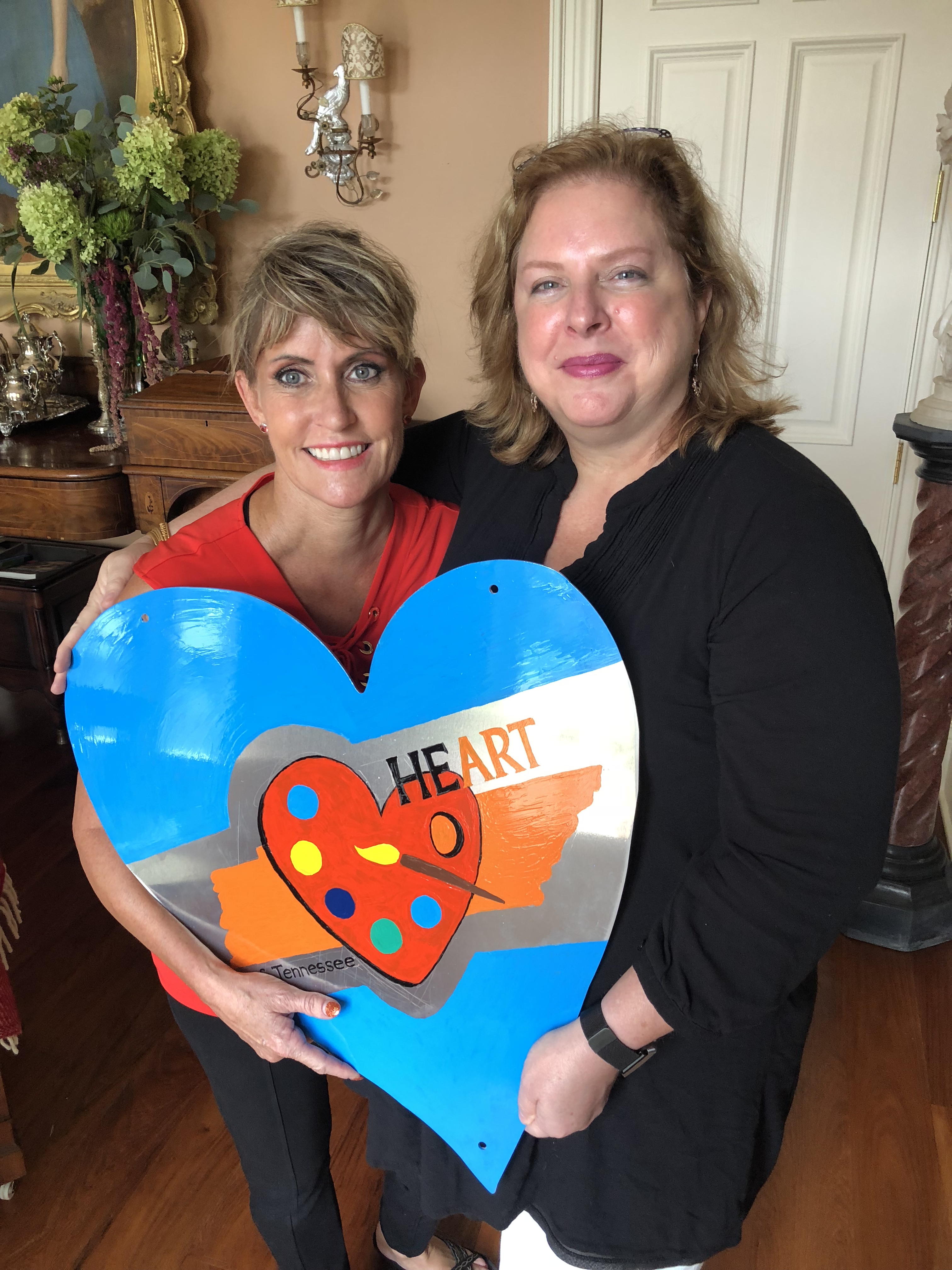 In October 2017, many Boro residents proudly displayed #Murfreesboro Loves logos in their businesses, at their homes, on their campuses, and on their social media feeds in support of a community that takes action against hate. One year later, on October 12, from 6 to 9 pm, the Boro Art Crawl will celebrate the success of this campaign and highlight the city's favorable location as the geographic center of the state.

The hearts will be displayed around the historic square throughout the fall and then designed into a public sculpture to be donated to the city. This project unites the many creative artisans already at work in the community and contributes to a type of creative place making and aesthetic essential to attracting investors, residents, and tourists to the city. This is also a STEAM approved event.

Still needed are sponsorships of $250 to underwrite the individual hearts and assemble them into a public sculpture. This project provides a unique and lasting way for businesses to identify themselves not only with Murfreesboro's growing art community, but also with a strong statement of who Murfreesboro is as a community.