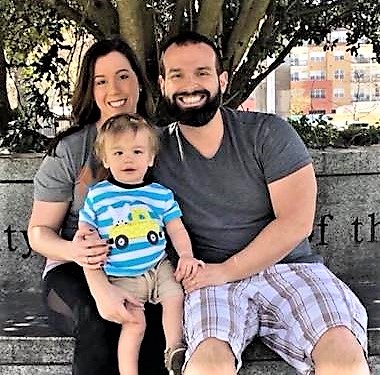 Ascension Saint Thomas nurse Stephen Vastola did not wake up on a Monday morning earlier this spring expecting to save a life on his day off work.

Stephen was on his way to a relaxing lunch date with his wife and toddler when the family stopped at a waste management facility to pitch some half-empty paint cans. Stephen spoke casually with an employee before turning to leave when the employee fell three-feet from the trailer ledge where he sat. No one else was around. Stephen's wife called for help and dialed 911.

Stephen's 11 years of nursing experiencing kicked in instinctively. He checked the stranger's pulse--nothing. Stephen began hurriedly performing CPR. He counted 30 seconds before the unconscious man was breathing again. Stephen turned the man on his side, asked him his name, and performed basic memory tests as an ambulance arrived. The man survived, thanks to the courage and quick thinking of a member of the Ascension Saint Thomas family. "I don't know what would have happened if we weren't there then. It was a matter of perfect timing," said Stephen.