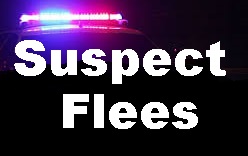 The Coffee County Sheriffs Office received a call that an off-duty investigator from Grundy County was on his way home when he came across two vehicles that he thought had either been involved in a minor traffic accident or were stranded motorists.

This incident occurred at the intersection of the McMinnville Highway (State Route 55) and New Hope Road, just outside of Manchester.

Grundy County Sheriff Clint Shrum said that Investigator Sims was treated at a Manchester hospital and released. The investigation is ongoing, and the Coffee County Sheriff's Department is attempting to locate the suspect. (This is from our Manchester news partner WMSR)