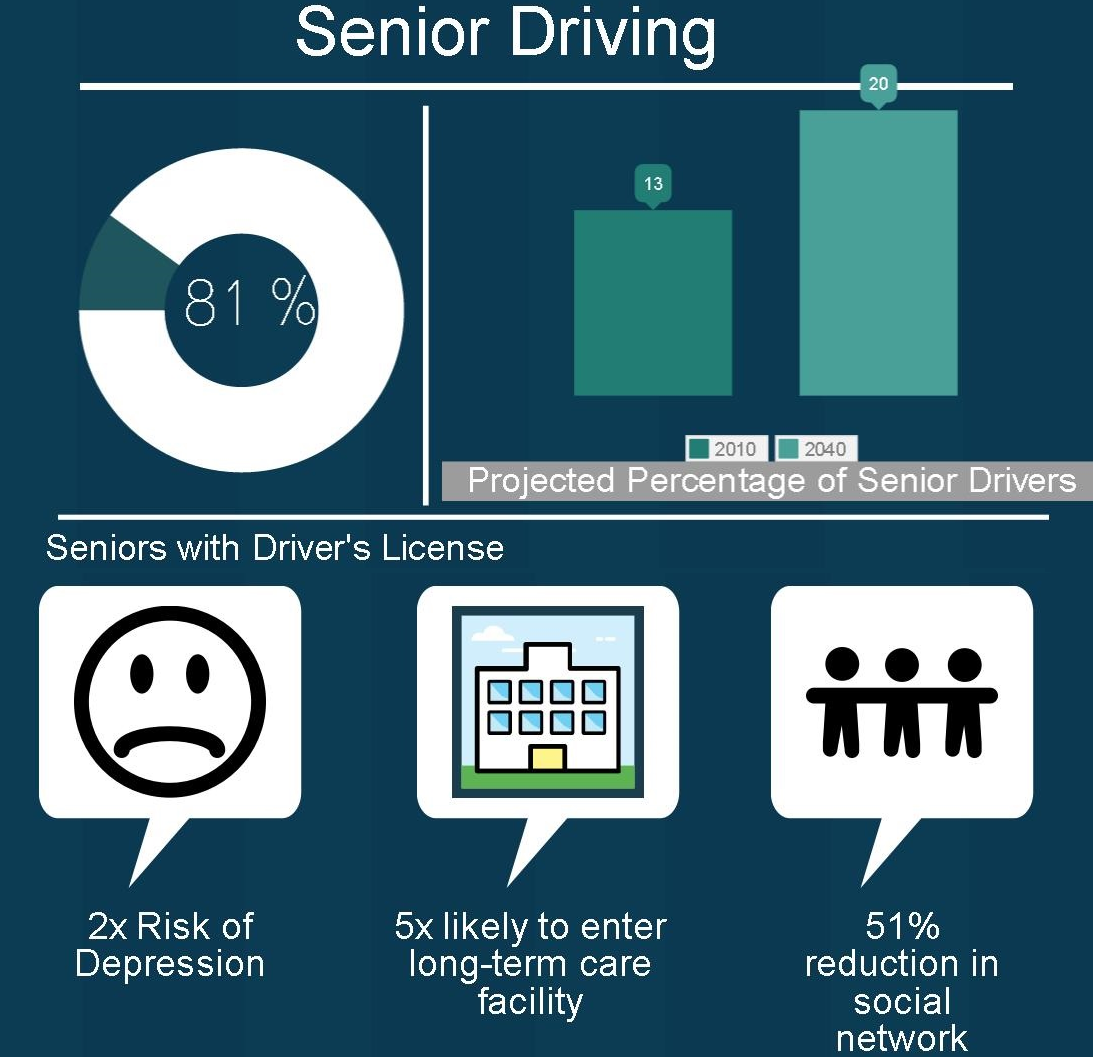 Older adults who have stopped driving are almost two times more likely to suffer from depression and nearly five times as likely to enter a long-term care facility than those who remain behind the wheel, according to a new report released by the AAA Foundation for Traffic Safety and Columbia University. The study examined older adults who have permanently given up driving and the impact it has on their health and mental well-being. The importance of understanding the effects this lifestyle change has on older adults is essential, as the number of drivers aged 65 and older continues to increase in the United States with nearly 81 percent of the 39.5 million seniors in this age group still behind the wheel.

"This comprehensive review of research confirmed the consequences of driving cessation in older adults," said Peter Kissinger, President and CEO of the AAA Foundation for Traffic Safety. "The decision to stop driving, whether voluntary or involuntary, appears to contribute to a variety of health problems for seniors, particularly depression as social circles are greatly reduced."

The AAA Foundation's report on Driving Cessation and Health Outcomes for Older Adults examined declines in general health and physical, social, and cognitive functions in former drivers. With the cessation of driving, the study found:

The latest report in the AAA Foundation's Longitudinal Research on Aging Drivers (LongROAD) project, Driving Cessation and Health Outcomes for Older Adults consisted of a systemic literature review of previously published studies pertinent to the health consequences of driving cessation. Sixteen studies met the criteria for inclusion. The full report can be viewed here.

"Roughly 10,000 people in the U.S. turn 65 every year. In Tennessee, 13 percent of our population is age 65 and older. It is important that drivers talk to their families and have a plan in place for maintaining mobility and independence once they retire from driving," said Don Lindsey, AAA Tennessee Public Affairs Director. "AAA's Driver Planning Agreement is a guide for families to plan together for future changes in driving abilities before they become a concern."

As a leading advocate for senior driver safety, AAA provides many programs and resources for senior drivers including Roadwise Review. AAARoadwise Review Online is a free, confidential screening/self-assessment tool developed by AAA to help older driver's measure certain mental and physical abilities important for safe driving. In as little as 30 minutes, users can identify and get further guidance on the physical and mental skills that need improvement--all in the privacy of their own home.

For more information on all the free resources AAA offers to older drivers, visit SeniorDriving.AAA.com.