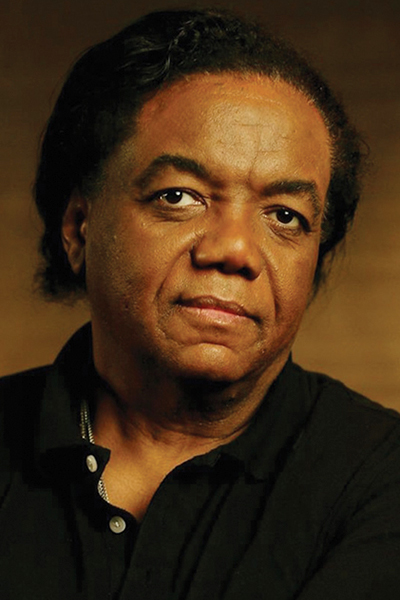 MTSU will welcome -- and honor -- one of the most prolific and influential people in American music Wednesday, Oct. 21, when Motown hit-maker Lamont Dozier visits campus for an evening celebration of his work.

Dozier will be named a Fellow of the Center for Popular Music that evening, only the second person to be so honored by the university's special Tennessee Board of Regents' Center for Excellence.

Dozier is the middle third of the Holland-Dozier-Holland team, who created the music of an era with songs like the Four Tops' "Can't Help Myself (Sugar Pie Honey Bunch)," the Supremes' "Stop! In the Name of Love," Martha and the Vandellas' "Nowhere to Run," Marvin Gaye's "Can I Get a Witness" and 50 more No. 1 hits.

Fred Cannon, MTSU recording industry professor and Dozier's former manager, will join his friend at 7 p.m. Oct. 21 in MTSU's Keathley University Center Theater for an interview and overview of Dozier's work, complete with historic footage and a performance.

The event is free and open to the public. A searchable campus parking map is available at http://tinyurl.com/MTSUParking2015-16.

Barry Gibb was the inaugural Fellow of the Center for Popular Music in 2013, honored, like Dozier, for his extraordinary accomplishments in music.

"The CPM Fellows program is our highest honor, reserved for iconic figures whose contributions to the music industry and to our popular culture have been vast," said CPM director Dr. Greg Reish.

"We are thrilled to have the opportunity to present this special award to Lamont Dozier, one of the greatest popular songwriters and artists in history."

Dozier had a solo career in the 1950s and early '60s while brothers Brian and Eddie Holland were working with Motown founder Berry Gordy. The trio came together in 1962 as a writing and production team and helped to define the unforgettable Motown sound.

The trio created dozens of songs for Motown artists, including their most popular singles for the Four Tops and the Supremes. Ten of the Supremes' dozen No. 1 singles were Holland-Dozier-Holland compositions.

Dozier and his partners left Motown and continued working together until the mid-'70s, when Dozier resumed his solo recording career. He's continued as a successful solo artist and producer.

The Center for Popular Music at MTSU is a research center devoted to the study and scholarship of popular music in America. Established in 1985 by the Tennessee Board of Regents as one of 16 Centers of Excellence across the TBR system, MTSU's CPM maintains an archive of research materials stretching from the early 18th century to the present and develops and sponsors programs in American vernacular music.

For more information on the Center for Popular Music and its projects and special events, visit http://www.mtsu.edu/popmusic.

This program is part of a yearlong series of events celebrating the launch of the College of Media and Entertainment at Middle Tennessee State University. For more information about the college, visit http://www.mtsu.edu/media.