Operator of motorcycle charged with DUI two after wrecking 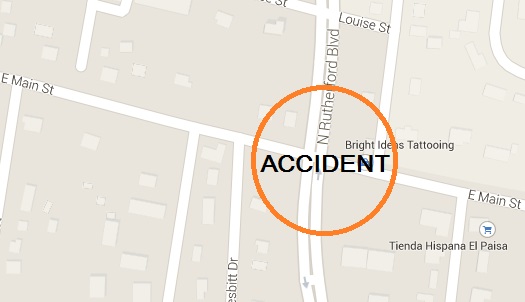 A motorcycle wreck reported on Saturday morning shortly after midnight had a positive outcome, considering the fact that it was indeed a motorcycle wreck. We are using the word positive loosely, as the operator of the bike was charged with DUI number two.

The 26-year rider reportedly wrecked on South Rutherford Boulevard and when Officer Haley of the Murfreesboro Police Department showed up at the accident scene, a foot peg was discovered in the road. Police also located evidence of "marks on the roadway," a set of keys and even a loaded .357 Magnum revolver. Amazing, not motorcycle and no rider was located at the reported wreck site.

Police combed a nearby apartment complex and eventually found a 2008 Suzuki motorcycle that appeared to have been freshly wrecked. A registration check led police to one of the apartment units on South Rutherford Boulevard where they met with Edmond Boggess, the owner. Police report he admitted to being involved in the accident and was charged for not only leaving the scene of the wreck, but also with DUI number two. After he told police he lost his handgun in the crash, police let him know they found it by charging him with "Possession of a Firearm while Intoxicated."

Boggess refused treatment by paramedics and will appear in court on May 26, 2015.