Over $100,000 in antique coins were stolen in Murfreesboro 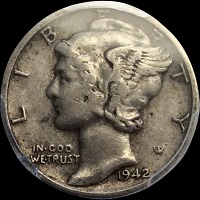 Some $100,000 worth of antique coins were stolen from a home safe in Murfreesboro. The theft happened at an address on Presley Drive. Murfreesboro Police were made aware of the theft on Wednesday and are currently investigating the incident.

In addition to the coins, three handguns were also taken. The serial numbers for two of the three guns have been turned into the National Crime and Information Center database, but so far no arrests have been made.