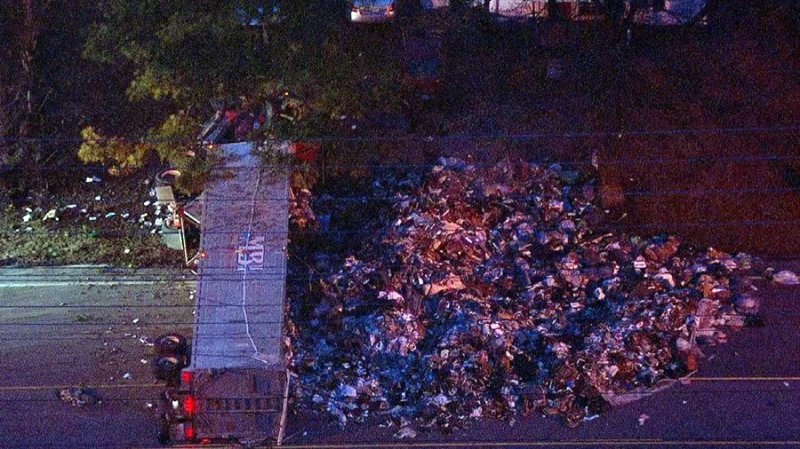 A tractor trailer has overturned in Murfreesboro on Thompson Lane, causing a delay for morning commuters.

The semi overturned on Thompson Lane Monday morning, right in front of First United Methodist Church. It happened just before 6am.

Murfreesboro Police had to close the roadway until just after 8:30am to upright the semi and clear the roadway. The city's Street Department cleared the debris.

Thompson Lane was been shut down from Regency Park Drive to Siegel Road. It made it especially difficult for school traffic at Siegel Elementary, Middle and High Schools.