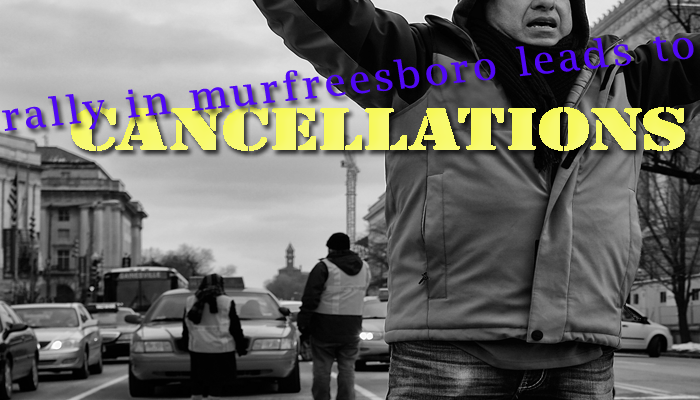 Another cancellation has been announced due to the so called "White Lives Matter" rally on the Murfreesboro square this Saturday. WGNS' Bart Walker spoke to the Parks and Recreation Department about Saturday cancellations...

The rally is expected to take place this Saturday, October 28, 2017 at 1PM. A large police presence is expected from multiple jurisdictions.