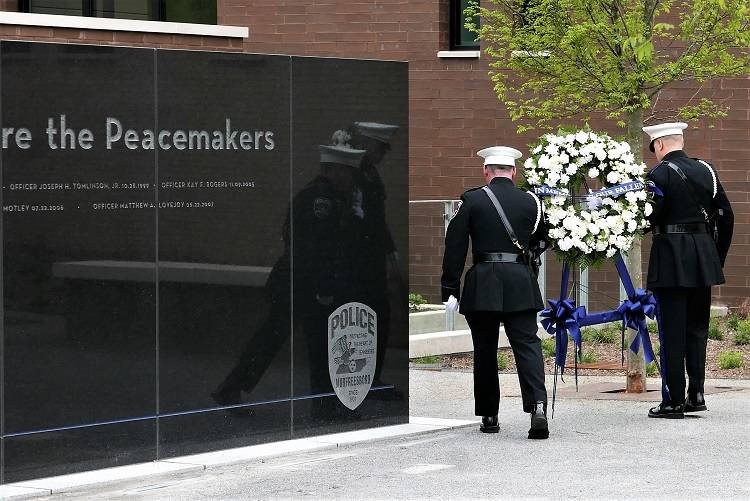 (MURFREESBORO) For the second year, Murfreesboro Police Department's Annual Peace Officers Memorial Day Service will be held at 10:00 o'clock this morning (Thursday, 5/16/2019) in the Memorial Garden at the new headquarters building at 1004 Highland Avenue. The public is encouraged to attend.

The purpose of the ceremony is to remember and pay tribute to all law enforcement officers who have made the ultimate sacrifice, with a special emphasis on those officers who were killed in the line of duty while serving in Rutherford County.

Chief Michael Bowen will preside over the ceremony and family members of the slain officers will be in attendance.