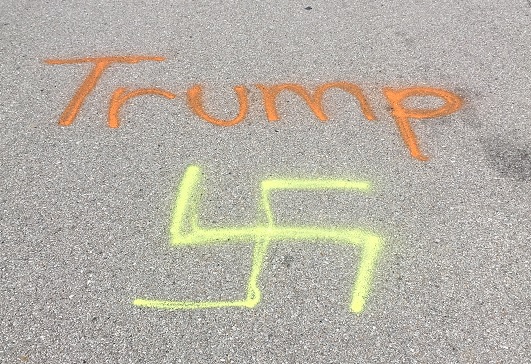 On Saturday (8/19/2017) morning Murfreesboro Police responded to a vandalism to city streets call on Meigs Drive. Meigs Drive is in a subdivision off South Church Street (Shelbyville Highway), between Walgreen's and the Exon gas station.

Sergeant Kyle Evans told NewsRadio WGNS, "During the overnight hours someone spray-painted swastikas and other messages in several locations on the street. After speaking with residents, investigators do not believe anyone was specifically targeted."

The Murfreesboro Street Department then pressure washed the roadway and put a black asphalt sealer over the vandalism.

The Murfreesboro Police' Violent Crimes Unit is investigating. Anyone with information should call CrimeStoppers at 615-893 - STOP (7867).