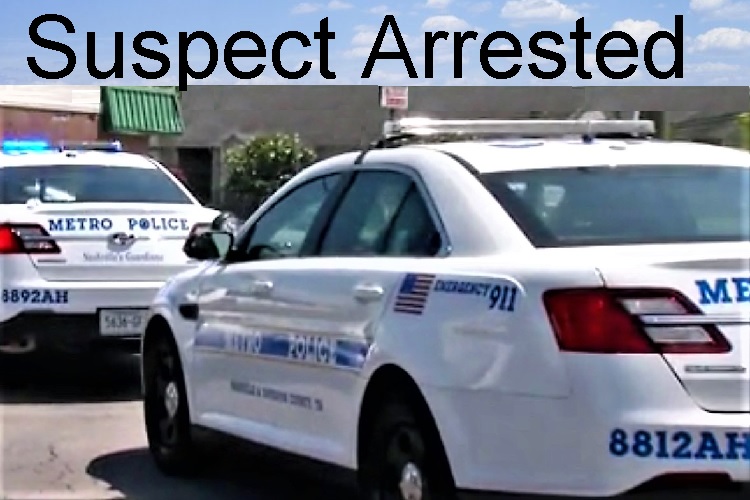 Around 11:00 o'clock Monday (7/8/2019) morning, Smyrna Police answered a domestic call, where shots were reportedly at an apartment complex. Officers say that when they arrived at the scene, they saw the suspect leave, and a pursuit began. The vehicle was traveling north, and Smyrna radioed ahead to La Vergne.

La Vergne Police spotted the vehicle and attempted to make a traffic stop. The driver continued into Davidson County. La Vergne Police were able to stop the suspect in the area of Anderson and Bell Roads near Nashboro Village.

Police say that the driver, identified as 21-year old Darrien A. Williams of Smyrna, reportedly began firing at La Vergne officers. No one was hit, and the suspect fled on foot.

Metro Nashville Police joined in the search for Williams, using Metro SWAT and K-9 officers. As a precaution, homes in the immediate area were evacuated.

The suspect was later arrested without incident shortly after 2:00 o'clock.

It was a joint effort between La Vergne and Metro Nashville SWAT and K9 units.

Charges are pending in Rutherford County by both Smyrna and La Vergne Police Departments.

Metro Nashville is investigating and will also file separate charges.

NOTICE: All suspects are presumed innocent until proven guilty in a court of law. The information in this story were presented in a news conference held by the La Vergne Police Department. In addition, a prepared release was also created by LPD.