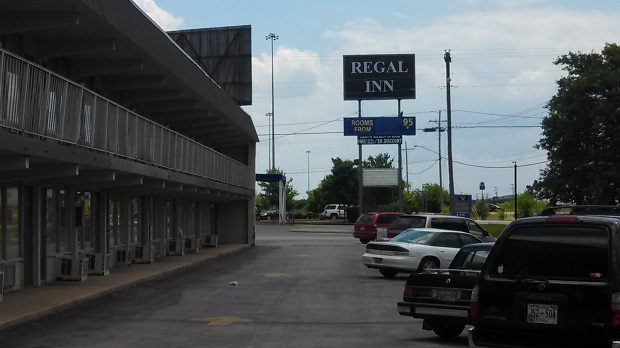 A Murfreesboro Police Officer went above and beyond the call of duty in helping a disabled citizen out in recent days. Officer Jensen responded to the Regal Inn on South Church Street to check on an elderly man who has congestive heart failure. The senior citizen also has mental health related problems in addition to the heart issues.

Once in the hotel room it was discovered that the 76-year old resident could not make it to the bathroom because his room was in such disarray. The subjects’ wife, who was not in the room at the time, had allegedly dumped papers and clothing all over the floor and the victims’ wheelchair could not navigate the mess. Multiple trash bags filled with trash were also scattered about the room making it impossible to roll around.

Officer Jensen helped the elderly man by hauling several loads of trash to the motel dumpster in order to clear a path to the small bathroom. The officer also called adult protective services to help intervene in the situation. The state services office told the responding officer that they would send a worker to the Regal Inn within 7-business days.