Possible meth lab explosion at a motel in Murfreesboro 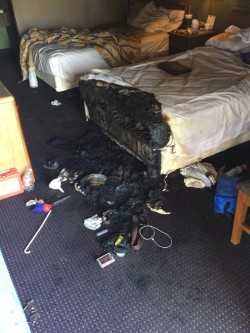 On Sunday morning (10/1/17), Murfreesboro Police Officers responded to a medical call behind Tiger Mart on S Church St. Officers discovered a male subject that was in his underwear and appeared burnt on his upper body. He was transported to Vanderbilt Burn Center.

Further investigation revealed that the subject came out of a motel room at at America's Best Value Inn on South Church Street. Officers could see items inside the room consistent with a Meth Lab as well as obvious signs that something had caught on fire or blew up.