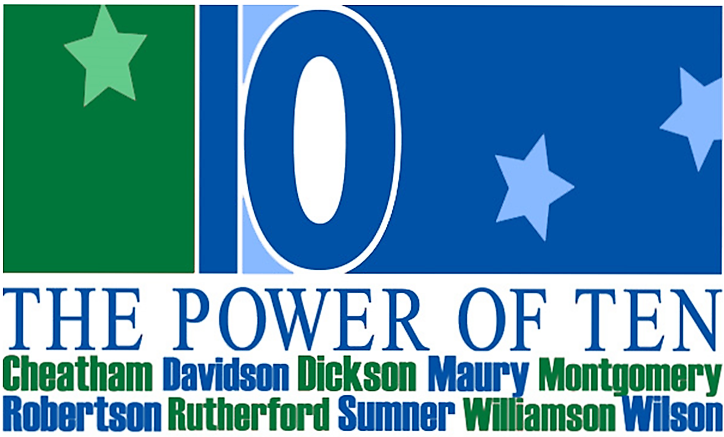 The largest planning event in the ten-county area is is from 10:00 o'clock Wednesday morning, November 9th, until 3:30 that afternoon in Nashville's Music City Center. The POWER OF TEN annually brings together hundreds of regional, statewide, and national leaders to discuss shared issues of regional importance and collaborate on ways to address them and how to improve the region.

Cumberland Region Tomorrow's CEO Carol Hudler will interview Randy Pye, former mayor of Centennial, Colorado and Theresa O'Donnell, Chief Resilience Officer for the City of Dallas about the victories and the pitfalls of regional collaboration in the Denver and Dallas metro areas.

Other highlights of the Summit include:

Since its formation in 2009, The POWER OF TEN Regional Summit has been the platform for regional exchange and collaborative action. More than 100+ organizations from the private, public, university, and non-profit sectors have participated. The 2016 POWER OF TEN presenting sponsors are Pinnacle Bank and Metropolitan Nashville Airport Authority.

Full event information can be found at 10power.org