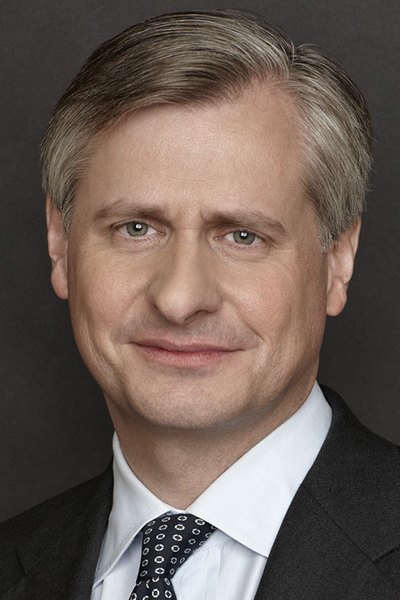 Pulitzer Prize-winning author, historian and journalist Jon Meacham will discuss presidential politics and his new book, The New York Times No. 1 best-seller "Destiny and Power: The American Odyssey of George Herbert Walker Bush," on the campus of Middle Tennessee State University in February.

The event, which is free and open to the public, is set for 4:30 p.m. Tuesday, Feb. 9, at MTSU's Student Union Ballroom. Meacham will be available to sign copies of his books after his talk.

Speaking on the day of the New Hampshire primary election, Meacham will be joined on stage by Ken Paulson, dean of MTSU's College of Media and Entertainment. Both are seasoned veterans directing news coverage of presidential campaigns and politics.

Meacham received the Pulitzer Prize for biography in 2009 for "American Lion: Andrew Jackson in the White House." An executive editor and executive vice president at Random House, he also is author of The New York Times best-sellers "Thomas Jefferson: The Art of Power," "American Gospel: God, the Founding Fathers, and the Making of a Nation" and "Franklin and Winston: An Intimate Portrait of an Epic Friendship."

"Destiny and Power" debuted at No. 1 on The New York Times best-sellers list upon its November 2015 release and has remained among the top sellers in hardcover nonfiction. Drawing on President George H.W. Bush's personal diaries and the diaries of his wife, Barbara, as well as extensive interviews, Meacham enjoyed extraordinary access to the 41st president and his family over the decade-plus course of researching and writing the book.

The book presents Bush's candid assessments of many of the key figures of his long career in politics and public service, including Richard Nixon, Ronald and Nancy Reagan, Mikhail Gorbachev, Margaret Thatcher, and Bill and Hillary Clinton.

Bush, 91, served as Reagan's vice president for two terms before his single term as president from 1989 to 1993. He previously served as a congressman, ambassador to China, and CIA director.

Bush's criticisms in "Destiny and Power" of contemporaries Dick Cheney and Donald Rumsfeld, who both served in his son George W. Bush's presidential administration, made national headlines when excerpts of the book were released.

Born in Chattanooga, Tennessee, the 46-year-old Meacham graduated from the University of the South in Sewanee. He began his journalism career at The Chattanooga Times and was a former editor of The Washington Monthly before his tenure at Newsweek. He also is a contributing editor at Time magazine and is a regular guest on MSNBC's "Morning Joe" as well as making occasional appearances on other news talk shows.

Meacham, who has taught at Vanderbilt University and at The University of the South, is a fellow of the Society of American Historians.

The Feb. 9 event is presented by the John Seigenthaler Chair of Excellence in First Amendment Studies, the Tom T. Hall Writers Series and MTSU College of Media and Entertainment.

The program is part of a yearlong series of events celebrating the launch of the renamed College of Media and Entertainment at MTSU. For more information about the college, visit http://www.mtsu.edu/media.