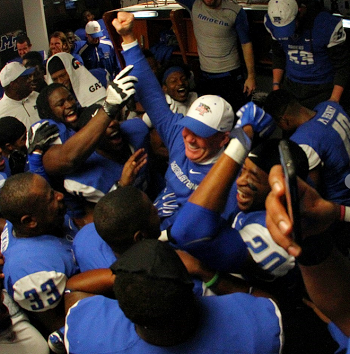 Chip Walters with the call on NewsRadio WGNS and the Blue Raider Network as MTSU came from behind to defeat Florida Atlantic 35-34 Saturday at Floyd Stadium.

Coach Rick Stockstill says he's proud of his team, who rallied from a 13-point fourth-quarter deficit to stun the Owls...

The Blue Raiders, now 6-and-5, will visit UTEP Saturday to close out the regular season.