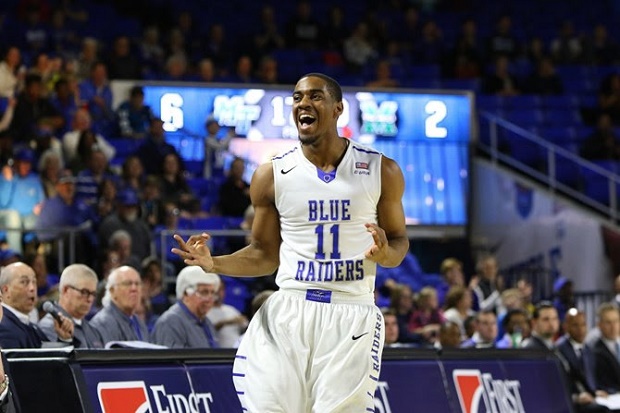 On the eve of Conference USA Tournament play the Blue Raiders have been hit by the injury bug once again as sophomore guard Ed Simpson has been ruled out for the remainder of the season with a fractured ankle.

Simpson, a key piece for Middle Tennessee who had drawn starts the last three games in place of the injured Giddy Potts, suffered the injury during a practice session Wednesday afternoon in preparation for the Blue Raiders quarterfinal game set for Thursday.

The Ocean Springs, Miss., native was averaging 5.0 points and 2.6 rebounds per contest in his sophomore campaign while leading the Blue Raiders with a 2.2 assist-to-turnover ratio.

Coach Kermit Davis says Simpson suffered a tough and heartbreaking injury in Wednesday at practice on a non-contact play.

With leading scorer Giddy Potts probable to return to the court Thursday, the No. 2 seeded Blue Raiders will look to make it one win further than a year ago and capture their first Conference USA Tournament title. Middle Tennessee's road to the finals will begin with No. 7 seed Charlotte on Thursday at 6:00 p.m. Pregame coverage on NewsRadio WGNS begins at 5:30.