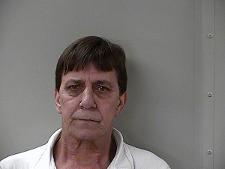 A Murfreesboro man originally charged with rape has now been convicted in a Rutherford County courtroom.

59-Year-old Walter J Legere III will have to register as a Sex Offender and is not allowed to have any contact with the victim. Legere was also sentenced to serve under probation for one year.

Legere was named as the suspect in a rape case that was reported in 2018. Charges were filed after Murfreesboro Police Detectives Tannas Knox and Tommy Roberts were dispatched to Saint Thomas Rutherford Hospital to meet with the victim. The 27-year-old victim gave detailed information to authorities which led to Legere being apprehended and taken to the Rutherford County Adult Detention Center.

Once in court, the original 2 counts of rape were negotiated down to a single charge of Sexual Battery, which ended with a guilty plea.