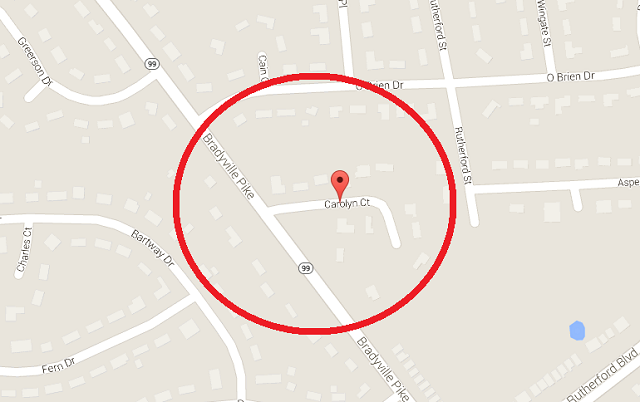 This is the general area where a rash of auto burglaries and vandalisms have been reported,

A rash of vehicle burglaries has been reported in the Bradyville Pike and Carolyn Court area. Murfreesboro Police reports from Monday were filled with vehicle burglaries and vandalisms. M-P-D spokesman Kyle Evans tells NewsRadio WGNS they're aware of the many reports and the Criminal Investigation Division is actively investigating. In many of the reports, windows were shattered to gain entry to the vehicles. In most, nothing was stolen Evans says extra neighborhood patrols have already begun and will continue. He says if anyone notices suspicious activity, they should report it immediately by calling 893-1311. Anyone with information regarding these crimes may also earn up to one-thousand dollars by reporting that information to CrimeStoppers at 893-STOP (7867).