Rates will be lower for energy in Tennessee, but your utility bill will be higher 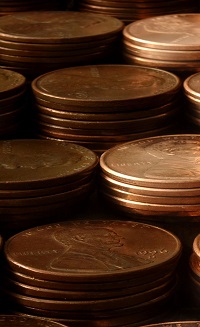 TVA's fuel cost for August will be at its lowest level since April for residential and business consumers. That's the charge that is passed along to local power companies like Murfreesboro Electric to pay for fuel used that include coal and natural gas. The amount makes up about one third of the wholesale portion of power bills. Fuel is about one third of TVA's annual expenses.

Your bill will be higher while rates are lower:

While the rates maybe lower, your bill will likely be higher. Amy Byers with Murfreesboro Electric explained, "Bills will be higher due to the increase usage of electricity during the heat wave we are currently experiencing and the fact that bills are always higher in the summer months. The lower FCA will help, but it is not enough to lower the bills in the summer months."

While fuel costs are mainly driven by demand, actual prices of the various fuel are important as well. Consumers in August will benefit from low natural gas prices in June. TVA just added another almost 1,100 megawatts of natural gas at its Paradise Combined Cycle plant near Drakesboro, Kentucky in April. June was also a good month for hydro production, which the cheapest form of generation.

Byers told WGNS the retail costs of the rates per kilowatt-hour will be a tad higher, "For residential customers the August FCA rate will be 2.071 cents. This is still a decrease from July's 2.297 cents FCA rate."

The overall system average fuel rate for August is approximately 12 percent lower than the three-year average August fuel cost. This is mainly due to lower purchased power and gas rates.

This is the lowest monthly fuel cost since April for residential and business consumers. It's also a pretty significant drop from this month, which was 2.211 cents per kilowatt-hour.

But again, while rates maybe lower this August, your bill will likely be higher due to more energy consumption in hot and humid weather in an attempt to keep your home or office nice and cool.

You can learn more here: