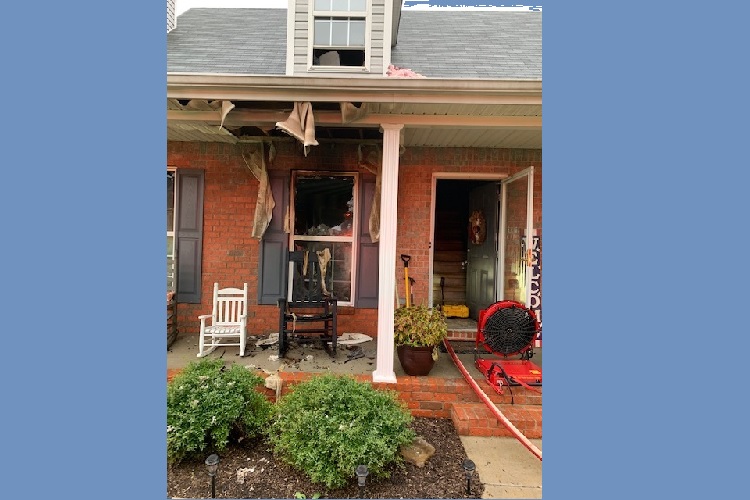 A neighbor reportedly saw flames coming from the resident's home and let the occupants know so they could get out safely.

When firefighters arrived there were flames showing from a front window.

Fire spokesperson Lisa Sloan told NewsRadio WGNS that the blaze was largely contained to the living room and successfully extinguished.

The cause of the fire is not known at this time, and is currently being investigated.

Falling Branch Court is about a block of West Jefferson Pike, between the Lebanon Pike and I-840.

The Heart of Tennessee chapter of the American Red Cross is assisting the family.