RCSO...Arrests Made In Saturday Morning Shooting 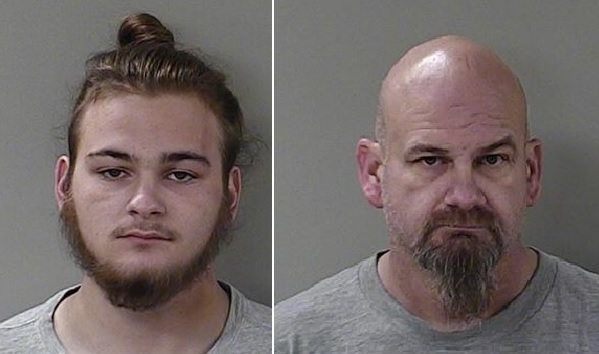 A shooting on Mona Road this past Saturday morning, ended with the arrest of a father and son.

The son Christian Curtis, 19, was accused of shooting a 26-year-old Lebanon man whose name is not being released at this time, said Detective Josh Anderson. The victim remains hospitalized.

19 year old Christian Curtis and his father, 46-year old Richard Denton Curtis, both of Roxbury Drive in Murfreesboro, were charged with conspiracy to commit especially aggravated robbery and tampering with evidence. In addition, the son, Christian, was charged with attempted first-degree murder of the man.

Richard Denton Curtis was charged with accessory after the fact, Detective Anderson said.

Deputy Freddie Brady responded to a call where neighbors heard the sound of gunfire about 1 a.m. Saturday on Mona Road.

"While attempting to get information, I heard someone screaming off in the distance he had been shot," Deputy Brady reported.

Brady located the victim who gave a statement.

Deputies James Bailey and Tyler Stewart joined Brady in stabilizing the victim until paramedics took over treatment and transported him to the hospital.

Murfreesboro Police and sheriff's deputies located Richard Curtis Saturday night at his home where they took him into custody.